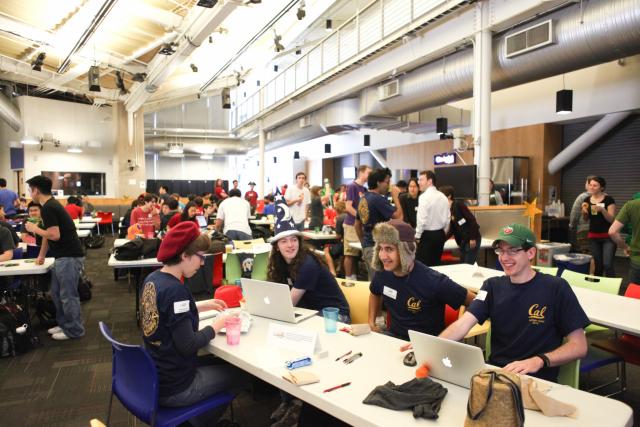 My team! Our team all wore hats. Annelise has the red beret, I have my wizard hat, Nima is in his Russian cap with earflaps, Josiah has his standard baseball cap, and Ankur is in the background, but his fez can be seen on the table. You might have noticed we're all wearing our Berkeley Mystery Hunt 2012 t-shirts - the day before we ran that hunt. Organizing has it's privileges! :D 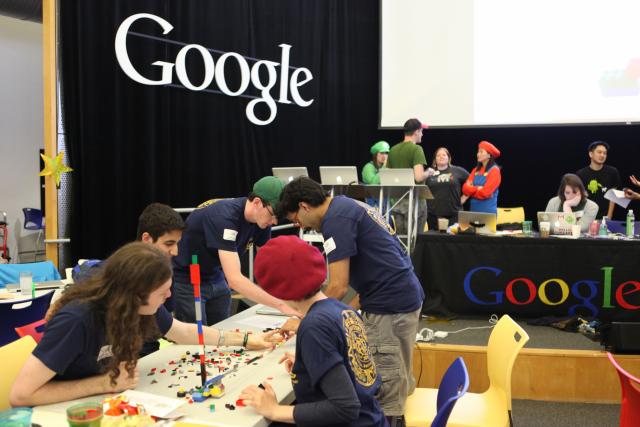 One of the events involved building as tall and wide a bridge as we could out of whatever LEGOs were in the bag that was dropped on our table. Scoring was (2* minimum distance between ends of the bridge) + (maximum height of the structure). As a result, the optimal strategy was to have a low, narrow bridge with a very tall spire at one end. I came up with a clever way to mount the spire that allowed us to use the length of the pieces to generate height rather than their height, which was fairly unusual among the structures we saw and allowed construction of a much lighter tower. By the time we finished, the spire was so tall and thin it swayed from the air currents in the room. It was slightly unnerving, but survived the measuring process. We had the 3rd highest-scoring bridge, which was better than I had expected. 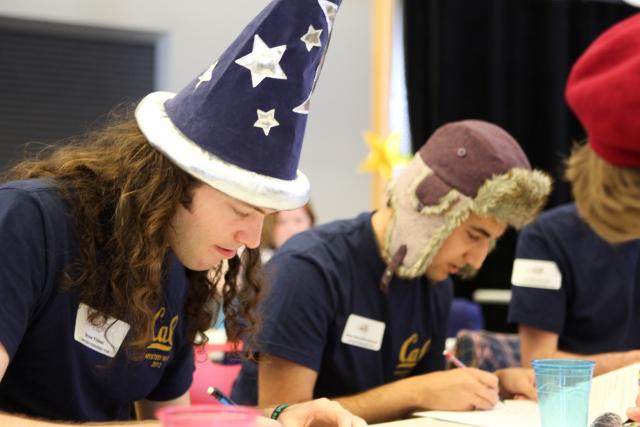 This must have been during either the trivia round of the competition or the puzzles round. I'm guessing that you'd see a laptop out if it were the puzzles round, so I bet we're dividing-and-conquering trivia questions here.